Lorenz (Wesley Snipes) is really former detective Jason York, he killed the real Lorenz then stole his identity as part of his revenge for being fired in a hostage situation that ended in tragedy. He is slain in a shoot-out on the docks by Shane Dekker (Ryan Phillippe).

Quentin Conners (Jason Statham) who supposedly died in an explosion with all of Jason’s accomplices not only survived the blast but caused it to fake his death. He is the inside man in the fatal bank heist who also wanted revenge and severance pay, since he was going to lose his job and pension as well. He is tracked down to an airport but manages to slip away on a private plane before they can catch him. 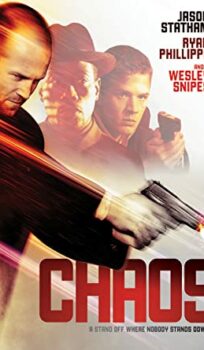