Scientist Elena Houghlin (Naomi Scott) develops a new kind of technology called Callisto for tech CEO Alexander Brock, which can revolutionize the power industry but also be weaponized in the wrong hands. After she plans to be a whistleblower for her company, she is targeted by an assassin named Hodak (Jonathan Tucker). Angels Sabina Wilson (Kristen Stewart) and Jane Kano (Ella Balinska) save Elena and have her join their team, led by Rebekah “Boz” Bosley (Elizabeth Banks).

After trying to regain Callisto prototypes, the team learns that Elena’s boss Peter Fleming (Nat Faxon) stole them to sell to a buyer. They track him in Istanbul but fail to stop the buy, even after Fleming is killed by Hodak. Boz leaves the team during the mission, which leads them to suspect she may be a mole. It turns out the real mole is John Bosley (Patrick Stewart), the oldest working Bosley who started his own network of criminals after he was forced into retirement.

The team saves Elena at a party hosted by Brock. Jane kills Hodak and Boz brings out other Angels to subdue John’s men, while he gets knocked out as well. Brock is arrested, and Elena is officially made an Angel. 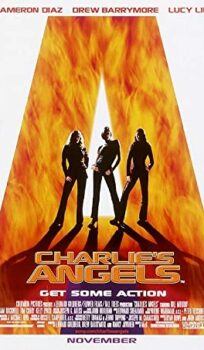