To fix his relationship with Alyssa (Joey Lauren Adams), Holden (Ben Affleck) suggests a menage a trois with his friend Banky (Jason Lee). Banky agrees but Alyssa doesn’t and they break up for good. A year later, Banky has sole control over the Bluntman and Chronic comic book series, and Holden has started his own succesful series. He meets Alyssa, and presents her with another comic book he has written about their romance. They have a pleasant conversation, then say goodbye. 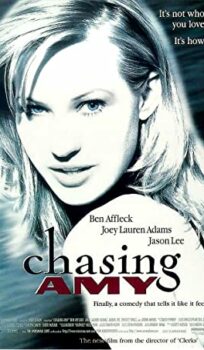