The killer is Nathan (Nicholas Tucci), Fiona Wagner’s (Katheryn Winnick) half-brother. Her mother had an affair with another man while her father Tom (Kevin Pollack) was at the police academy. Tom refused to raise another man’s child so Fiona’s mother put him up for adoption. Nathan proceeded to face bad foster homes, molestation, rape accusations, and prison. The people he targeted (included Fiona’s mother) had all done him harm and thus he went after them in revenge.

Nathan suffocates Tom to death, but Fiona eventually overpowers Nathan and kills him. As she walks out, a man offers her a ride. The man is the creepy owner of the motel where Tom and Nathan had just been killed. The man says he “remembers her mother so well.” Fiona looks at him in horror and tries to get out but the man drives off. The motel owner was the man Fiona’s mother had an affair with and thus is Nathan’s father. Apparently knowing his son is dead (and probably had a part in his crimes) the implication is that he will kill Fiona too. 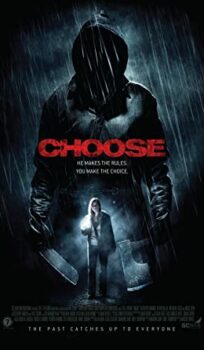