Perseus goes to the Isle of the Dead and succeeds in killing Medusa and making off with her head. In the dessert on the way back to Joppa, Perseus battles with Calibos and defeats him With the help of Pegasus, Perseus flies back to Joppa in time to see the Kraken coming for Andromeda. Perseus holds out the head of Medusa and the Kraken immediately turns to stone and is crumbles back into the sea. Perseus rescues Andromeda, they get married and Zeus and the gods determine that the heroes in this mythology will be forever remembered in the stars. 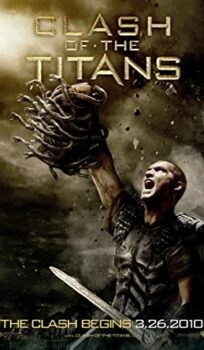