Duncan Pinderhughes (Kid), a brainy nerd and Blade Brown (Play), an inconsiderate thug, are forced to trade identities after their school files are mistakenly switched. Blade Brown protects Duncan from the school bully, while maintaining Duncan’s high standing with the School.

Both Blade and Duncan fall in love with complete opposites to their actual personalities, Blade with the nerdy, reserved girl and Duncan with the naughty, flirtatious girl. After the school bully Wedge has been beaten several times, presumably by Duncan (disguised as Blade), he pursues both Blade and Duncan, with the assitance of his drug-dealing boss and two other thugs. Their chase ends at the wax museum, where both Blade and Duncan’s girlfriends discover their true identities. After getting separated, Duncan finally shows true courage and knocks out Wedge in front of his girlfriend.

At the end, both Blade and Duncan are entered into the high school quiz tournament. Given the final question for the win, Blade remembers a line of Shakespeare that his girlfriend said to him on their first date, and wins the competition. And finally, Duncan sleeps with his girlfriend, and dispells his father’s worries of supposedly being gay. 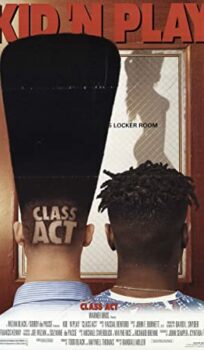