Eddie (Ed Harris) killed John Norcut, the husband of Ana (Eva Mendes), but not because of the ledger that would have exposed police corruption. Eddie was having an affair with Ana and found out she was pregnant. Ana couldn’t face her husband (who was unable to have children and didn’t want them anyway) so she lied to Eddie about a miscarriage. Eddie thought John forced her to abort his child so he confronted him; when John tried to buy him off, Eddie killed him in a rage.

Tom Culter (Samuel L. Jackson) figures out the truth that Eddie set him up to clean up the crime scene and tries to set a trap with Det. Vargas (Luis Guzman) but Eddie goes to Tom’s apartment where Tom’s daughter Rose (Keke Palmer) is. Tom and Eddie come to blows and when Eddie realizes the police are outside, pulls a gun and is about to pull the trigger when he is shot dead by Rose.

Tom gives Det. Vargas the ledger John had with the understanding that burning it is in the best interest of everyone. Tom goes to comfort his daughter. Ana is last seen in bed crying, thinking of the family she could of had with Eddie had she been more honest. Lastly, we see Tom’s employee Miguel cleaning his apartment, removing Eddie’s blood from the carpet. 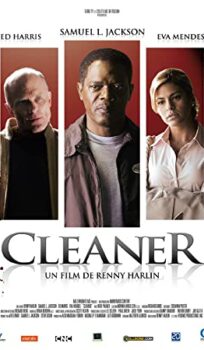