Jack Ryan (Harrison Ford) figures out about the President, Cutter, and Ritter illegally sending in American soldiers into Columbia and hacks Ritter’s computer for proof.

Felix Cortez (Joaquim de Almeida) has also figured it out. He offers Cutter a deal. He will take out Escobedo and take his place, promising to lower the export of drugs to America and allowing the President to claim responsibility for regular drug arrests, if the US backs off and lets him run things. To help facilitate this plan, Cutter and Ritter sabotage the soldiers’ communications, and mercenaries hired by Cortez attack them, slaughtering most and capturing a small handful. Ritter and Cutter tell Clark (William Dafoe) that it was Jack who insisted on killing the communications, and that they can only turn them back on if Jack is ‘taken care of’. Jack goes to visit Clark in Columbia. Clark captures him and lies to Ritter, saying Jack is dead. When the communications don’t turn back on, he talks to Jack who tells him everything that has been going on.

Clark and Jack find the only soldier who escaped, Domingo Chavez (Raymond Cruz), and together they mount a rescue for the remaining soldiers which ends up killing both Cortez and Escobedo. All the captured soldiers are rescued and the good guys all make it out alive.

Back in the US, Jack confronts the President, and refuses to allow him to plead ignorance. The President first tries bribery and then threats, but Jack refuses to be browbeaten. He goes before the senate committee to tell them the truth about what happened in Columbia and the roles the President, Cutter, and Ritter all played in it. 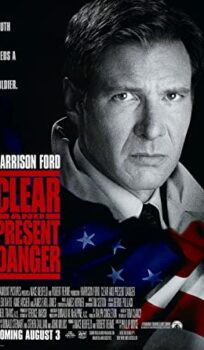