Dr. Michael Strother (Goran Visnjic) is a hypotherapist who has the ability to see visions from the minds of his patients. While treating Janet Losey (Shirley Henderson), a police detective trying to kick her cigarette habit, he sees a vision of a girl trapped beneath the surface of a stream. He later learns from Janet that the girl is Heather (Sophie Stuckey), who recently escaped from a serial killer that is targeting children. Despite requests from his pregnant wife to keep away from the case, he joins up with the police in the search for the killer. Heather is still traumatized by the experience, and will not speak. Michael see visions from Heather, and is able to get the girl to speak gibberish, and he and the police learn that the gibberish is part of the rituals of an outdated religion. Throughout the movie, Michael, Janet, and the police figure out that the children are being targeted by a person who may have found the key to immortality.

The killers are Catherine Lebourg (Fiona Shaw), a professor who also wrote a book about a man named Francis Paladine (John Rogan), and her son. Paladine, who was born 500 years ago, claims to have discovered that the human soul is connected to the brain, and it is possible to transfer a soul from one person to another, and thus have immortality. It turns out that Paladine’s soul is in Catherine Lebourg, but she is dying. Lebourg and her son have been taking children in order to transfer Paladine’s soul out of Lebourg and continue to live. The other kidnapped children have died because their blood type doesn’t match Lebourg’s, which is necessary for the transfer to succeed, but Heather’s did match. The religious aspect of the transfer dates back to when Paladine first discovered the soul could be transferred; it was the religion he practiced at the time.

The clues trace Lebourg and her son to a century old church that was designed by an architect that was also once Paladine. By this time, Heather has been kidnapped again and the Lebourgs are preparing to finish the transfer. Michael figures out Lebourg is Paladine by seeing visions from her/him. Eventually, Michael finds the girl and helps her escape. Michael then fights the son and they both fall out of a window, which kills the son and injures Michael. The police then enter the church and find that the girl has killed Lebourg.

The movie concludes several weeks later. Heather is over her fears and Michael’s wife has given birth. Michael, his family, Det. Losey, Heather and her mother are at a carnival when Heather looks at the newborn child. Michael then begins to see the same visions he had from Lebourg/Paladine. He then realizes that Heather is Paladine, and she/he sees the newborn as a potential new target. 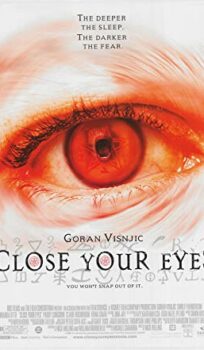