Maria Enders (Juliette Binoche) is an actress whose most successful role was appearing in the play and film versions of Maloja Snake by Wilhelm Melchior. Maria is on her way to accept an award on Wilhelm’s behalf when she finds out that he has passed away. She gets approached by a director to take on one of the roles in the new version of Maloja Snake on stage. She agrees to do it. In the meantime, she goes and stays in Wilhelm’s house in Sils Maria for a few weeks with her loyal assistant, Valentine (Kristen Stewart).

Maria and Valentine get along really well, but things come to head when they have an argument and Valentine leaves unexpectedly. Maria does the play but doesn’t agree with the lead actress, Jo-Ann Ellis (Chloe Grace Moretz), on a particular scene. Jo-Ann attacks Maria’s character, saying that she is washed-up. However, she says that she’s talking about the character and not about Maria. It is implied that she is talking about Maria. The film ends with Maria on stage, having become more like the character that she is currently playing. 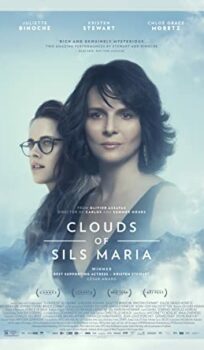