Short Version:
From what we the audience sees, only Lily Ford (Jessica Lucas) survives.

Longer Version:
At the goodbye party for Rob Hawkins (Michael-Stahl David) thrown by his brother Jason (Mike Vogel), Lily (who is Jason’s girlfriend), and Rob’s best friend Hud (T.J. Miller), Rob has a confrontation with Beth (Odette Yustman) who he apparently slept with then ignored since he couldn’t sort out his feelings due to him leaving for Japan. She leaves with another guy, and Jason and Hud go to talk to him. However, all hell breaks loose when a unseen force starts destroying New York City. Realizing they need to get out of Manhattan, they bring Marlena (Lizzy Caplan) with them to cross the Brooklyn Bridge.

There, while crossing, Rob gets a call from Beth who is hurt at her apartment complex. At that point we see the unseen force is a large monster aka “Cloverfield” who destroys the bridge and kills Jason and many others in the process. Escaping into the tunnels in an effort to get to Beth, they are attacked by spider like creatures and Marlena is wounded. They escape with the U.S. military but unfortunately, Marlena is infected from her bite and literally explodes, an event that shakes Hud (since he had a crush on her).

Rob, Hud, and Lily, go to Beth’s building to see it fallen to the side of the one next to it. They climb over to find Beth wounded but alive. They get to the helicopter where Lily is separated from the group. Getting into another chopper they see the military bomb the monster, and apparently kill it. However, in the middle of congratulations, it grabs their chopper and spins it out of control.

Rob, Hud, and Beth survive the crash and wake up in Central Park. The monster sneaks up on them while they are preoccupied and personally kills Hud, tearing him in half. Rob grabs Beth and the camera and hides in a tunnel. He and Beth make a last statement and say they love each other. Two explosions rock the tunnel of what was most likely a nuclear bomb and they are supposedly killed.

The last scene is footage of the original tape from the previous month when Rob took Beth to Coney Island. Before, the camera runs out of power Beth looks at the camera happy, and says “I had a good day.”
NOTE: During this final 10 second scene, almost undetectable, you can see something falling into the ocean from space…the future monster?)

Thus, despite Rob’s mission to save Beth, they die due to the uncontrollable entity known as fate. One wonders if Rob, Beth, and Hud had been allowed on the other helicopter if they would have lived.

The ending is ambiguous as we have no knowledge if the monster is killed, or if it continues its rampage across the city and nation, with the US government being unable to stop its destruction. 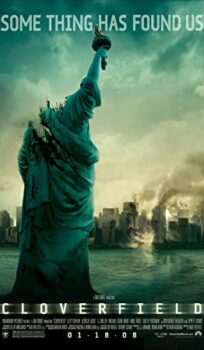