Devon (Norman D. Golden II) is eventually captured by Vinnie’s (Ray Sharkey) men and taken down to the Port Authority warehouses at the harbor, where Vinnie’s drug lab is.

While locked in one of the rooms, he gets hold of a hidden phone and calls the police headquarters, and he quickly gives them a clue to give to Nick (Burt Reynolds) on his whereabouts. Nick eventually figures out where he’s located, and along the way he intercepts Vinnie’s henchman Bobo (Nils Stewart) and steals his clothes and motorcycle.

As two of Vinnie’s goons are taking Devon away to kill him, Nick arrives in disguise and launches a surprise attack on them, getting the upper hand and saving Devon. He and Devon eventually get out of the warehouse and into a speedboat, and Vinnie goes after them in his own speedboat. After a lengthy chase, Nick and Devon manage to make Vinnie run his boat out of the water and into a warehouse wall, and the damage the boat sustains traps him in it, and he is later arrested.

Devon turns in his badge to Nick, telling him that he intends to stop being a cop for a while and be a kid again. The movie closes with Nick, Devon, and his grandmother (Ruby Dee) having fun together. 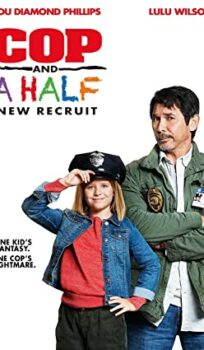