Short pooper:
The copycat serial killer is lab technician Peter Foley (William McNamara) -who has been committing his crimes throughout the movie in the vein of notorious, well-documented serial killers like The Boston Strangler, The Hillside Stranglers, The Son of Sam, etc.-, BUT THIS IS NOT THE BIG REVEAL. After Foley’s latest victim is Hudson’s (Sigourney Weaver) aide, Andy (John Rothman), Foley kidnaps Hudson and brings her back to the bathroom of the lecture hall where Darryll Lee Cullum (Harry Connick Jr.) attacked her, earlier in the film, intending to finish Cullum’s work as a sort of crowning achievement. MJ (Holly Hunter) intervenes to prevent it. Hudson tries to escape, but her agoraphobia holds her back. However, when it looks like Foley will prevail, MJ turns up and kills Foley.

In the end THE BIG REVEAL IS THAT CULLUM HAD ACTUALLY EXCHANGED MAIL WITH FOLEY, ALL ALONG, FROM PRISON, TO ASSIST HIM and seems bent to groom another proxy to go after Helen.

Longer version:
Andy becomes Foley’s latest victim: he is murdered and beheaded in a fashion akin to Jeffrey Dahmer’s. MJ and Hudson deduce Foley has been committing the murders following the order of the serial killers discussed by Hudson in her fateful lecture, and he seemingly intends to pull off a “Ted Bundy” next: fake an injury and lure some young college girls to her doom. MJ leads an effort to catch and arrest Foley, but it is a wild goose chase: while the contingent is escaping a fire set by Foley to throw them off track, he kidnaps Hudson from her apartment and takes her to the same bathroom of the lecture hall where Cullum tortured her before, intending to replicate the incident and complete it.

MJ arrives at the apartment and catches wind of a recording left by Foley; when she finds Hudson, tied and hanged as before, Foley ambushes her. They scuffle and he shoots her. However, as he intends to finish her off, Hudson steps off the toilet, trying to hang herself, to mess up his plan. When Foley attempts to put her back in place, she stabs him and escapes; unfortunately, her agoraphobia kicks in, not allowing her to go farther than the roof of the building.

Foley catches up and corners Hudson, looking like he will be able to murder her, despite her taunting him by laughing at his unworthiness. Then, out comes MJ -only having been knocked unconscious before- and shoots him; first, on the brachial artery -her trademark incapacitating move- and, then, repeatedly, when he reacts, finally killing him with a headshot.

As the movie ends, we discover that Cullum is answering a letter from what seems to be another one of his followers, named “Conrad”, and instructing him on how to get to Hudson, “succeed where Peter failed” and kill her, which shows he had been helping Foley all along. He finishes the letter, wishing him a “happy hunting”. 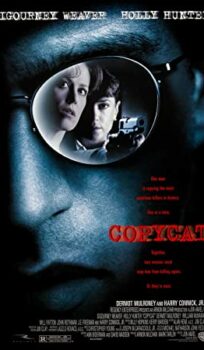