A remake of I soliti ignoti

A bunch of broke losers (Donald Sutherland, Sean Penn, Wallace Shawn) plan to rob a pawn shop safe.  While the pawn shop owner (Jack Warden) is away, they spring into action and everything goes wrong.

The pawn shop owner comes back, drunk in the middle of the night after the death of his mother, and the losers console Jack Warden rather than run away.  A cat accidentally triggers the explosives to blow the safe and the alarm goes off, and the cops are there in no time.

Jack Warden defends the losers, and they tell a ridiculous story of stopping some fictitious thieves.

We learn there was never anything in the safe, and everybody chows down on salmon! 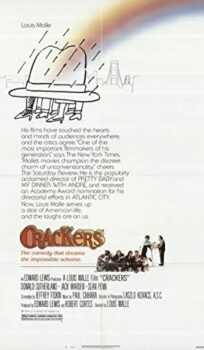