Short Ending:
It turns out that womanizer Jacob (Ryan Gosling) has fallen in love with Cal’s (Steve Carell’s) oldest daughter, Hannah (nicknamed “Nana” played by Emma Stone). Cal, who had been trained by Jacob in the art of seducing/objectifying women during his divorce, refuses to accept them as a couple. At his son Robbie’s (Jonah Bobo’s) eighth grade graduation,  his son’s speech makes him realize that he still believes in love and proclaims it before Robbie’s entire school. Cal accepts Jacob as Hannah’s boyfriend and vows to keep trying to win back his wife Emily (Julianne Moore) who seems receptive to his advances.

Finale
All the major players (except David Lindhagen – whose plot arc is never resolved) show up at Robbie’s graduation where he is giving the graduation address. Jacob’s speech is all about how he has given up on love. Cal can’t bear to watch his son give up on love and interrupts him to make his own speech, where he acknowledges that he still does (and always has) loved Emily. He says he will never give up trying to win Emily back. This inspires Robbie to once again proclaim his love for Jessica, who this time appreciates his declaration. After the graduation, Cal blesses Jacob and Hannah’s relationship and welcomes Jacob into his family. Robbie says he will wait a few years before pursuing Jessica again – she tells him she will look forward to it, kisses his cheek, and gives him one of the nude pictures she had taken to give to Cal. Emily and Cal stand next to each other as they watch their three children and Emily essentially says she no longer regrets their relationship. They smile at each other as the credits roll – unclear if Cal will ever win her back. 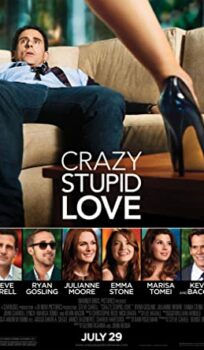