Richard (John C. Reilly), a grifter, asks novice grifter Rodrigo (Diego Luna) to team up in an attempt to con a wealthy businessman.  Richard had received a call from an ex-associate who needs help selling a forged treasury note to a businessman, and the con requires two people.  Rodrigo accepts because, even though he has a lot of money saved up, he needs more to pay his father’s gambling debts.

The meeting is set at the hotel where Richard’s sister Valerie (Maggie Gyllenhaal) works.  Richard sued her over their late mom’s estate, and they barely speak to each other.  On the way to the meeting, the treasury note is stolen.  They return to the ex-associate, who agrees to give them another forged treasury note, but he wants his share up-front and in cash.  Richard asks Rodrigo to use his savings to pay him, and he reluctantly agrees.  Rodrigo now thinks that he may be getting conned.

The two grifters return to the hotel, where a document verifier determines the treasury note is real.  The businessman says he will pay, but he wants to have sex with Valerie first.  Richard goes to Valerie, and she agrees to do it if Richard drops the lawsuit first.  He calls his lawyer to drop the lawsuit, and Valerie then takes the treasury note to the businessman.  Several hours later, she emerges from his room with a briefcase containing a check for $750,000, and implies that they did have sex.

On the way to the bank to cash the check, Richard and Rodrigo are held up and the crook asks for the check.  Rodrigo instantly knows that Richard is trying to con him because he says there is no way the crook could know that there was a check in the briefcase instead of cash.  Richard admits he is right and they go to the bank to cash the check together.  Once in the bank, the bank manager has Richard arrested for trying to cash a bad check, and Rodrigo runs away.

At the end of the movie, it’s revealed that the entire event was a con against Richard.  Rodrigo, his dad, the businessman, the ex-associate, the thief of the first treasury note, the document verifier, the bank manager, and Valerie were all in on it.  Rodrigo is actually Valerie’s boyfriend, and the plan was their way to get Richard to drop the lawsuit and out of their lives.  But at the very end, it’s implied that Rodrigo may attempt to con Valerie out of her share of her mom’s estate. 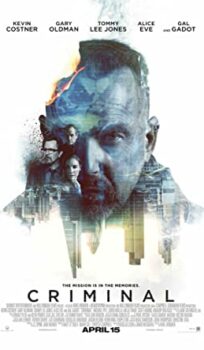