Ug (Terrence Mann) shows up at the space station with a band of Terracorp soldiers and demands to know where the Crite eggs are. He shoots and kills Al (Brad Dourif) when he refuses to cooperate, and Charlie (Don Opper) can barely believe that his old friend has now become a cold-hearted villain. Ug sends the soldiers out to look for the Crite eggs while he holds Charlie and Fran (Angela Bassett) in the docking area.

Ethan (Paul Whitthorne), having seen the slaying, manipulates the soldiers into traveling into the laboratory where the genetically altered Crites are, and the Crites kill them all (and also apparently die themselves). He then gets the last Crite eggs and heads to the docking area. As he juggles and smashes the eggs to distract Ug, he gives the revolver hidden in the back of his pants to Fran, and she takes it and knocks Ug out with it.

As Charlie and Fran get on Ug’s ship, Ethan faces the very last Crite in existence and kills it. Ug awakens and readies his gun at Ethan, but Charlie comes to the rescue and shoots and kills Ug without hesitation.

The trio of survivors then leave in the ship before the space station’s nuclear core melts down and destroys the place, and they begin the long journey back to Earth. 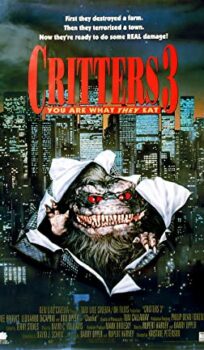