A giant crocodile lives in the lake that the seven college-aged friends go to spend a weekend break. As a malicious joke on the environmentally conscious friend Claire (Caitlin Martin), their friend Hubs places a large egg into her backpack, not knowing that the egg belongs to the crocodile.

While fleeing, Duncan breaks his ankle, and when he is later eaten, the crocodile pukes him up still alive due to the fact that he was covered in bug spray. At that point in time, the remaining characters return the egg to the crocodile who leaves them unharmed.

Claire forgives her boyfriend Brady for his infidelity with Sunny, and the three friends (and their dog) walk off into the sunset. 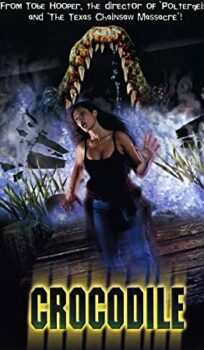