SHORT VERSION:
Mick rescues Sue from the mansion of Luis and Miguel Rico, but the next day, D.E.A. agent Brannigan pays them a visit at their apartment and lets them know that the Ricos have gone missing, so he will need to place them both in protective custody until the Ricos can be put behind bars. Suddenly, a hitman under the Ricos’ employ tries to snipe them from a building across the street, but Mick and Sue survive. Deciding that Brannigan’s protective custody just won’t cut it, Mick takes Sue out of New York City and back to Australia’s Northern Territory, more specifically a big piece of land that he owns there, so that way if the Ricos ever come here to look for them, he will have the home-court advantage.

Sure enough, the Ricos figure out where they are and fly to the Outback with some of their henchmen, and they meet up with Frank, an expatriate American acquaintance of Miguel’s, and his men, who are providing additional muscle. On a suggestion from one of Frank’s men, they kidnap Walter to be their guide through the bush.

Using some cunning, his survivalist knowledge, and with help from some good friends of his (chiefly the Aboriginal warrior Charlie and his tribe), Mick is able to get Walter safely away from the villains and capture every one of them except for the Ricos, and he has the brothers follow him to Jaba Point where – thanks to a trick he pulls and with some unexpected assistance from Sue and Walter – both of them wind up getting shot and killed. After Sue hugs and kisses Mick, he asks her if she is ready to go home, and she replies “I am home”.

LONG VERSION:
With help from Leroy (Charles S. Dutton) and a street gang he recruits to provide a distraction, Mick (Paul Hogan) infiltrates the mansion of the Rico brothers – Luis (Hechter Ubarry) and Miguel (Juan Fernandez) – and rescues Sue (Linda Kozlowski). The following day, D.E.A. Inspector Brannigan (Kenneth Welsh) pays Mick and Sue a visit at their apartment and tells them that the Ricos have gone missing, and he, therefore, must place the two of them in protective custody until they can get the Ricos behind bars. Suddenly, a mystery hitman fires shots through the window from a building across the street, but thankfully, none of the bullets hit anyone. Mick openly calls Brannigan’s protective custody into question after this, and he tells Brannigan that he knows he can keep Sue safe, but not here in New York City. He thus takes Sue back to Australia’s Northern Territory, more specifically a big piece of land that he owns there, so that way if the Ricos ever come here to look for them, he will have the home-court advantage.

Sure enough, Luis and Miguel manage to find out where Mick and Sue are, and they fly to the Outback with some of their men and meet up with Frank (Gus Mercurio), an expatriate American acquaintance of Miguel’s, and his men, who are providing additional muscle. When their Aboriginal tracker Teddy (Bill Sandy) abandons them before they begin their search after finding out that Mick is their target (clearly because he is a friend of Mick’s), they – on a suggestion from one of Frank’s goons – kidnap Walter (John Meillon) so he can guide them through the bush. Walter leads the villains to the base of a rocky cliff that marks the start of Mick’s “back yard”, and Mick and Sue – the former having heard them make their arrival in their trucks – see them all from a hiding place in said cliff. Luis has Walter brought up to him and yells out to Mick to come down or else he will shoot his friend, and after some thought, Mick responds by yelling for him to go ahead and do it. Moments later, Mick fires a shot from his rifle that grazes the right side of Walter’s head, and after retreating behind the rocks when the crooks return fire, Mick explains to Sue that he did what he did because it was the only thing he could think of to save Walter’s life. Mick then fires some more bullets at the trucks to render them inoperable so the villains will have to trek through the wilderness on foot.

Thanks to some cunning, his survivalist knowledge, and with some assistance from various friends of his that he summons (specifically the Aboriginal warrior Charlie [Ernie Dingo] and members of his tribe), Mick captures each member of the Ricos’ party one by one until only the Ricos remain, and he also gives Walter silent instructions to lead the brothers to Jaba Point. As Walter is doing so, they come across a river, and Luis forces Walter to cross through it first. Suddenly, Walter is apparently attacked by a crocodile and pulled under, and Luis shoots at the crocodile once but misses. As the Ricos continue on in the direction of Jaba Point, Walter emerges from the water, followed by Mick, who was just wearing a crocodile skin. However, it turns out Luis’ bullet grazed his right arm, and Walter rubs the blood on his shirt sleeve so it won’t attract any actual crocodiles to Mick. Mick sends Walter towards the hiding spot where Sue, Charlie’s tribesmen, and the captured villains are located, and when he meets with Sue, she notices the blood on his shirt, and he tells her that it is Mick’s blood but he is alright. Sue is nonetheless alarmed, thinking that Mick is getting into more trouble than he can handle and doesn’t realize it, and after she learns from Walter that Mick is leading the Ricos to Jaba Point, she grabs a rifle and asks him where that place is located. Walter picks up a rifle of his own and decides to show her the way there.

Once Luis and Miguel reach the bottom of Jaba Point and Mick briefly taunts them before hiding again, Luis tells Miguel that they need to stop playing Mick’s game his way. He thus orders Miguel to go over to a set of rocks in the distance and wait, then he sets fire to the grass, hoping that the flames will corner Mick. Sue and Walter see the smoke a short distance away and head for the source. Luis’ plan fails when Mick surprises him from behind by putting his knife at his throat, and after taking a few moments to think, Mick strangely orders Luis to remove his pants. Shortly afterward, Sue and Walter reach a clearing at the top of Jaba Point and spot what looks like a tied-up Mick walking ahead of Luis. Walter takes aim with his rifle and shoots Luis, and after he falls, Mick grabs his rifle and tries to flee. Suddenly, Miguel pops up from some tall grass in between the two parties and shoots Mick, but he, in turn, gets shot and killed by Sue. Mick then suddenly stumbles off the edge of a cliff.

Sue and Walter rush over and see Mick’s apparently lifeless body on the rocks below, but then Charlie appears next to them and says that, if Mick wants his clothes back, he can climb down there and get them himself. He explains to the confused Sue and Walter that Mick swapped clothes with Luis in order to flush Miguel out of hiding, and the plan was working until Walter shot Mick. Charlie then points out the still-living Mick coming up behind them (we see that Walter’s bullet just zinged the right side of his torso), and Sue rushes up to him and hugs and kisses him while Charlie remarks to Walter that Mick is lucky that he can’t shoot straight.

Mick asks Sue if she is ready to go home, and she replies, “I am home.” 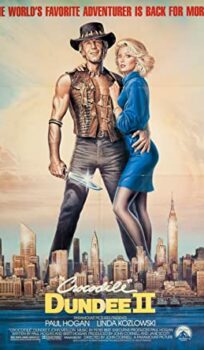