During Mick’s (Paul Hogan) stay in New York City, he and Sue (Linda Kozlowski) find themselves growing more and more attracted to each other, and they end up having a passionate kiss one night after he protects her from a trio of would-be muggers. A few nights later, Mick is invited to a dinner party Sue’s father Sam (Michael Lombard) holds at his mansion, but his good mood gets spoiled when Sue’s boyfriend Richard (Mark Blum) suddenly proposes to her. He ends up leaving the party early and returns to his hotel room.

Come the following afternoon, Sue has called the hotel several times to try to talk to Mick, but he doesn’t answer any of her calls, and on the last attempt, the receptionist lets Sue know that he had earlier called down to the front desk to let them know that he is checking out. As Mick is heading out the front doors, the doorman Irving (Irving Metzman) asks if he is going back home, and he replies that he is going to go on a walkabout to see the rest of America. He asks Irving what the quickest way out of town is, and Irving points him in the direction of a subway terminal two blocks away which he can use to go to Grand Central Station. A short time after Mick has departed, Sue arrives at the hotel with her father to stop Mick from leaving, having decided to not marry Richard and having already let her father know of it. Before she can go in, Irving stops her and fills her in on what Mick is doing and where he just went, so she immediately hurries over to the terminal on foot.

She reaches the crowded subway platform and spots Mick from afar, but he is unable to hear her when she calls out to him. She ends up relaying a message through the crowd that she wants to speak to Mick, and through subsequent back-and-forth relays, Sue tells Mick not to leave because she is not going to marry Richard, and she isn’t doing so because she loves him. He happily decides to go over to her, so he gets a boost up to the rafters from the crowd and walks over their heads and raised hands to reach Sue, and they share a loving embrace. 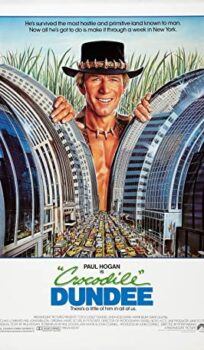