An immigrant named Mireya Sanchez (Alice Braga) is deported. ICE Agent Max Brogan (Harrison Ford) cares for the woman’s young son and returns him to his grandparents in Mexico. Sanchez is found dead near the border, and Brogan has to break the news to her family.

Brogan’s Iranian colleague, Hamid (Cliff Curtis), is encouraged by his father to take action against his sister and the married man she is sleeping with. He attacks and accidentally kills them; he is eventually arrested.

Yong Kim (Justin Chon), a South Korean teen about to be naturalized, is pressured into comitting a robbery with four others. Hamid kills the four in a shootout, but protects Yong Kim by saying there were only four robbers.

Gavin Kossef (Jim Sturgess), a young Brit, poses as an Orthodox Jew to get the job at a school that will allow him to stay in the country. He fails a test meant to demonstrate his familiarity with the religion, but the rabbi assessing him approves it and offers to teach him.

Cole Frankel (Ray Liotta), a corrupt officer, makes a deal with immigrant Claire Shepard: he can have unlimited sex with her for two months in exchange for her green card. In the course of the two months he separates from his wife (Ashley Judd) and wants to stay with Shepard, but she declines. He exempts her from completing the two months and arranges the green card. However, authorities find out, arrest him and Shepard is deported.

Taslima, a 15-year-old girl from Bangladesh, presents a paper at school saying that people should try to understand the 9/11 hijackers. The school principal reports this to authorities. It turns out that she and her parents are illegally in the U.S. One parent of choice can stay with the girl’s two younger siblings, who are citizens by birth. Taslima leaves with her mother, and cannot even say goodbye to her father. 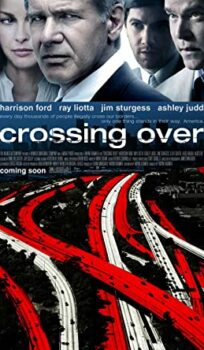