Jack Manfred (Clive Owen) is a writer who earns his money as a Croupier (card dealer) at a seedy casino in London. His girlfriend doesn’t like that he’s becoming obsessed with his job (there are many hints that he is/was a gambling addict). Anyway, the job’s going great, Jack’s making new friends, and ends up having sex with his co-worker Bella, who gets fired for her trouble.

Later, Jack falls in with Jani de Villiers, a South African down on her luck gambler (Alex Kingston). Jani and her associates have come up with a plan to rob his casino, and need an inside man to distract the guards by getting into a fight with one of the robbers. The robbery works, and Jack is recovering nicely in the hospital when his girlfriend arrives. She had found out about the planned heist from a message on their answering machine, and is threatening to go to the police with what information she has. She is quickly discovered dead.

In the end, Jack keeps the 10,000 dollar payoff from the robbers, writes a tell-all about the gambling business which becomes a big anonymous hit, and gets a nice payoff from the CASINO, too. In the final scene, Jack gets a call from Jani, and we discover that the person really behind the whole heist was Jack’s neer do well father.

Jack ends up with his ex-coworker as a girlfriend. 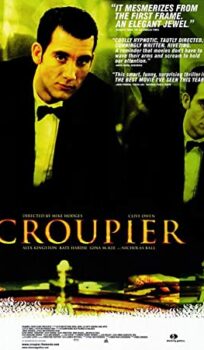