Mike Milo (Clint Eastwood) is a retired rodeo star hired by his former boss Howard Polk (Dwight Yoakam) to travel to Mexico to pick up Howard’s 13-year-old son Rafo (Eduardo Minett). While the boy is somewhat of a troublemaker, he agrees to go with Mike. His mother Leta orders her thug Aurelio to go after them.

Mike and Rafo hide from authorities and Aurelio in the home of a woman named Marta (Natalia Traven). Mike learns that Howard only wanted Rafo back to force Leta to give Howard half the shares in investments he made a while back. Although Mike develops feelings for Marta, he and Rafo must flee when authorities look for him. Rafo finds out what Howard told Mike and is upset, but the two manage to get cops off their back and eventually disarm Aurelio.

Mike makes it to the border with Rafo and parts ways with him, but Rafo leaves Mike with his pet rooster Macho. Mike stays in Mexico to be with Marta. 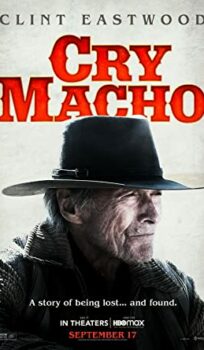