Eventually Martyn accidentally discovers the two in bed, and stumbling backwards in shock, falls over a staircase railing and down three floors to his death. Anna returns to a former boyfriend. Stephen, having lost his son, wife, political career and lover, becomes a recluse in the south of France.

The closing scene shows him eating alone in an apartment staring at a wall-sized photograph of himself, Martyn and Anna.

LONGER VERSION:
Dr Stephen Fleming (Jeremy Irons) is a respected British MP who is tipped to become the next Minister of Health. He has a pretty wife Ingrid (Miranda Richardson) and two lovely children – a son Martyn (Rupert Graves) and a daughter Sally (Gemma Clarke).

One evening, at a cocktail party, a mysterious young woman (Juliet Binoche) approaches Stephen after the two exchange a long stare. She introduces herself as Anna Barton and then reveals she is Martyn’s fiancee. Despite this fact and Stephen’s better judgment the two begin a passionate affair. Stephen becomes increasingly jealous and possessive over time, even leaving a UN conference in Brussels to demand an encounter with Anna in Paris, where she is holidaying with Martyn.

Eventually Stephen asks Anna to leave Martyn for him. She refuses, asking if he really wants their relationship to be like a normal married couple’s. He seems to resign himself to the fact that he does prefer the illicit affair.

As it turns out, Anna has been psychologically damaged as a result of her brother’s incestuous love for her during adolescence. He commits suicide one night after seeing her go on a date with another man, Peter Wetzler (Peter Stormare). Anna and Peter became lovers that night but later separated, although he maintains a constant presence in her life, to Stephen’s chagrin

Anna’s mother Elizabeth (Leslie Caron) visits London at immediately sees what has happened between Stephen and Anna. She also notes to the family that Martyn bears a striking resemblance to Anna’s deceased brother, although nobody except Stephen knows how he died. Anna’s mother privately tells Stephen that the marriage is a wonderful opportunity for Anna. She asks Stephen not to ruin it for her. Sadly, Stephen realises Elizabeth is right and breaks the relationship off.

However, this does not last and later Anna sends Stephen a key to a third floor apartment. Martyn has since moved in with her and so she has rented an apartment to continue their trysts. Stephen and Anna being seeing each other regularly again. One day, the landlord of the apartment rings Anna’s home regarding a water heater which needs to be fixed. Martyn answers and is puzzled by the fact Anna has another rented apartment. He calls her workplace but she has left to meet his father. Martyn decides to visit the address the landlord has given him. Finding the door unlocked, he discovers his father and fiancee in bed together. Stunned, he walks backward slowly and falls over the low staircase railing to his death. Stephen rushes out and holds his dead son, crying. Anna slips out and is gone before the ambulance arrives.

Stephen later returns home to face his wife, who has beaten her face up to “let the pain out”. She goes into hysterics and ends up crying in his arms. Stephen gives her some sedatives and binds up her wounds. The next day, Ingrid says there is only one person for everyone…”For you, Anna. For me, Martyn. For Anna, who?” revealing her infatuation for her own son. Stephen then goes to meet the journalists waiting downstairs in his house and announces his resignation from politics.

Afterwards, Stephen visits Elizabeth’s hotel suite in search of Anna. Elizabeth says Anna is not there and that she always goes back to Peter. Just as Stephen is leaving, he senses her and bursts into an adjacent room where Anna is sitting quietly. However, the two do not reconcile and the closing scenes show a long-haired Stephen walking alone in a small French town. He says he found a life of his own. The only other time he ever saw Anna was in an airport. She did not see him but was with Peter, and was carrying a baby. The story ends showing Stephen eating alone in an apartment staring at a blown up photo of Martyn, Anna and himself, having lost his son, wife, career, reputation and lover. 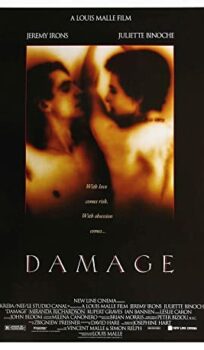