Newlywed couple Dick (Thomas Jane) and Gina (Lauren German) decide to drive through the desert at night on their way from Las Vegas to Sedona. After becoming lost, the pair find a horribly disfigured victim of a car accident wandering in the road. They put him in their car and drive off in search of help. As they’re traveling, the man makes several unsettling comments that imply he may know something about the couple’s pasts.

When the crash victim attacks Dick as he’s driving, the car veers off the road and the two men fall out onto the ground. They struggle for several minutes before Dick grabs a rock and beats the man to death. Fearing that the police won’t believe it was self-defense, Dick and Gina decide to bury the man’s body in the desert. After finding their way back to the highway, the pair head to the nearest rest stop to clean up.

At the rest stop, Dick realizes that he has lost his watch (which has his name inscribed on it). He tells Gina that they have to go back and get it but she refuses. They argue until Dick suggests that Gina take the gun from her purse and wait under the lights at the rest stop while he goes back to retrieve the watch. When Dick reaches the gravesite, he finds an empty hole. He then hears several gunshots coming from the direction of the rest stop.

Once back at the rest stop, Dick can’t locate Gina. He then notices that all of the cars that are parked there are covered with dust and cobwebs. The keys are in the ignitions and there are no signs of any other people. While searching the area, Dick finds what appears to be a grave. He digs at it and uncovers a woman’s hand but it’s not Gina’s. He frantically jumps into his car and speeds off in search of her.

While barreling down the highway, Dick almost runs head first into a police car. The policeman (Ron Perlman) inspects Dick’s vehicle, then agrees to check out his story about his wife’s disappearance. As they head off to the rest stop, the officer receives a call to respond to another incident. The officer drives down a dirt path in the desert to an area where several other cops are busy excavating a site. Dick notices that the dusty cars parked at the site are the same ones that he saw at the rest stop. The officer tells him that this was the site of the rest stop 30 years ago!

As the cop speaks with the officer in charge (who is the stranger at the hotel that warned Dick not to get lost), Dick sees Gina’s body pulled from one of the many graves at the site that are being dug up. One of the officers remarks that they have found only women’s bodies, no men. Dick panics when he sees that the police have found his watch at the gravesite! He escapes from the patrol car by kicking out one of the windows in the back seat and drives away in one of the abandoned cars.

After outrunning the police, Dick loses control of his car when the windshield is blocked by dozens of moths. The vehicle flips over several times before finally coming to rest upside down on the side of the road. Dick is thrown from the car and lays bleeding on the highway. He regains consciousness and hears himself talking to Gina about the accident. Dick is horrified to realize that he is the accident victim that he and Gina stopped to help! He begins to cry as he realizes the cycle of events that will follow. 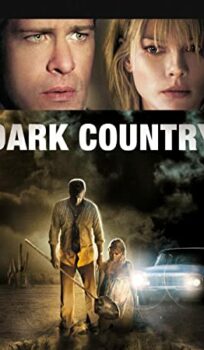