After an argument breaks out between David & Alexis (Alan rickman, Polly Walker) to the point where she kicks him out, Alexis turns to the young man whom they’ve been hosting (Norman Reedus) for comfort and gives in to her sexual tension. The young man winds up killing Alexis and making it appear to be an apparent suicide. After the funeral, David returns back to the house. We see him come out the door of the house and watch as someone approaches him. The “faceless” person comes up to David and kisses him passionately and finally shows his face…it is the young man who stayed at their house and who killed Alexis. 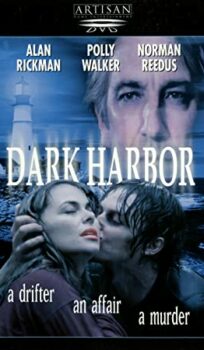