Humphrey Bogart and Lauren Bacall in their first movie together filmed after their marriage.

The movie opens with Vincent Parry (Bogart) escaping from jail, where he was sentenced for killing his wife.

The first half is all filmed from Parry’s viewpoint, so we never see Parry himself. Parry is picked up along the road by Irene Jansen (Lauren Bacall). She has an unexplained desire to help this escaped convict, which worries Parry.

Parry eventually learns that Jansen’s father was framed and died in prison for a murder he did not commit, and Jansen sees Parry in the same situation.

Parry has surgery with mad Dr. Coley to change his face so no one will recognize him. We then see Parry’s face for the first time. His best friend from before prison, George Fellsinger, is murdered and the cops are sure Parry killed him.

The main witness at Parry’s trial was Madge Rapf (Agnes Moorehead of bewitched fame). Rapf found the dying wife, and testified that as the wife died she said Parry had done it. Parry learns that Madge’s car was seen at George’s house just before he died. Parry goes to confront Madge. (Truly a remarkable scene when Madge begins to realize that this stranger speaking to her is actually Parry who she framed for murder, even if the plot is a bit far fetched.)

Madge had been a flirt who was used to getting the attention of any man she wanted.

When Parry spurned her to marry another, she was furious. She killed the wife herself. Madge framed Parry to punish him for jilting her. When she heard Parry escaped she was afraid the truth could come out, and killed George so Parry would get the death sentence. When confronted by Parry, Madge admits this. Rather than let Parry win, Madge jumps out her high rise apartment to her death.

Parry realizes that he will also be blamed for her death, and he has no evidence to prove his innocence. He flees to Peru.

The movie closes with Irene Jansen joining him to live in Peru. 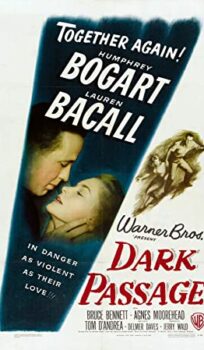