Andrew Marr dies in an insane asylum, and leaves his home to Edward Foster who cared for him at the asylum.  Andrew hid two suitcases with a large amount of cash in his house.  Andrew’s wife, two children and the governess all disappeared years ago, and it is believed that Andrew murdered them.  Edward moves into the home to search for the money.  Ian (Christopher Lee) and Sarah (Joan Collins) are a brother and sister who live nearby, and want the money too.  They try to frighten him away by making the house seem haunted.  Sarah also initiates an affair with Edward to get any information he has about the money.  Sarah begins to worry because some of the strange hauntings are not their doing.

Edward hears the voices of the dead children.  He begins to have flashbacks where he is Andrew Marr, and he re-lives the events of Andrew’s life.  Andrew was going to leave his wife for the governess.  Andrew came home with the suitcases of money to leave with the governess.  When the wife found out, she had the children stab the governess to death.  Andrew strangled his wife and killed the children with a sword.  Edward has a flashback where he thinks he is Andrew and Sarah is Andrew’s wife.  Edward strangles Sarah.  Ian comes looking for Sarah and Edward kills Ian with a pickaxe.  The children’s voices lead Edward to break open a wall.

Prescott, the lawyer, comes to the house and sees Sarah and Ian dead.  Prescott calls the police.  We learn that Edward did not work in the asylum, but was another inmate there with Andrew.  When they look in the broken wall, the police find the hidden bodies of the wife, children and governess,  as well as the suitcases with money. 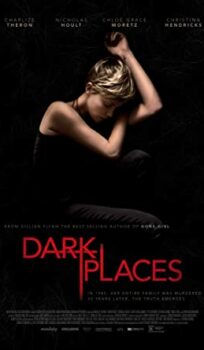