Niamh (Missy Keating) killed her parents (and unintentionally her infant brother) during an uncontrollable moment of telekinetic power. She killed them because they had been abusing her and her brother both physically and sexually.

Taken in by Nat and Lucas, friends of her family, Niamh is withdrawn and angry. It is clear that the abuse she suffered has made her unable to trust ANY adult, no matter how much that person may love her or care about her well being. At school, she notices two siblings, Peter and Emily, that have been abused like her. Sneaking out one night, Niamh finds them being abused by their mother and kills her with her power. She then apparently holds power over the two siblings. The three then somehow lure many of their classmates to a building, which Niamh collapses, killing them all.

Nat finds Niamh at her old house but Niamh attacks her. Nat calls Lucas for help but when he arrives, Niamh, Peter and Emily overpower them. They then proceed to act out being a family, with the three children acting like the adults. Niamh then causes a fire. While Peter and Emily have calm and serene looks on their faces, Nat and Lucas cry and scream as they are engulfed in flames. Niamh sits in stoic silence and cries tears of blood. Apparently angry at the world for her abuse, and unwilling to live anymore in pain, she has chosen to commit suicide, taking many people with her in the process. 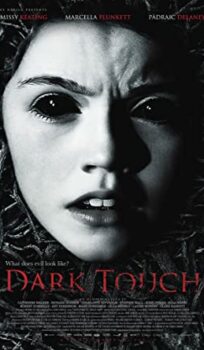