The film depicts Winston Churchill’s rise as Prime Minister during the preliminary stages of World War II as he is forced to consider peace talks between Britain, its allies, and Hitler’s Germany. Churchill (Gary Oldman) must also negotiate the evacuation of 300,000 stranded on the beaches of Dunkirk.

Churchill’s stance to fight the enemy to the end as opposed to discussing peace makes him unpopular, but he ultimately garners civilian support, as well as the support of King George VI (Ben Mendelsohn) and the rest of Parliament. Churchill’s fleet would later rescue most of the troops from Dunkirk.

Five years later, Britain and its allies are victorious. 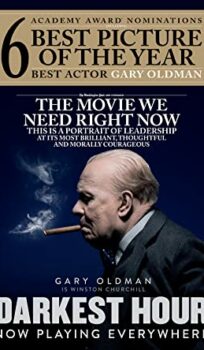