Short version:
Sarah, Trevor and Nina survive and escape the city. Salazar, Logan and Bud are all killed by zombies. The military makes a radio broadcast saying that the virus has been contained.

Long version:
Bud is bitten in the hospital, but since he is a vegetarian, he doesn’t try to eat people when he is turned into a zombie. They realize that people must still retain some form of themselves when they are infected. They decide to bring Bud with him so they can research the virus on a harmless zombie.

Sarah, Trevor, Salazar, Nina and the zombie Bud escape the hospital, the radio station and the blockade and make it to the abandoned missile silo, which is actually just a front for the laboratory where the virus that creates the zombies was made. All the computers are deleting their files, and they find Dr. Logan inside one of the rooms shredding all the documents that have his name on them.

Logan, once threatened with being shot by Sarah and Salazar, explains that the virus was actually meant to save lives. It was being developed to paralyze enemy troops in war for six to seven, so they could be captured non-violently. The virus accidentally mutated into what creates the zombies, according to Logan, though the survivor group assumes he is lying because of him trying to erase all the evidence.

Instead of trying to just defend a very well built and protected laboratory, they all decide to continue trying to leave the town. Logan tells them there is only one exit, which is swarmed by zombies, but Salazar tells them they can escape through the ladders in the missile silos. As they walk, Logan is killed by a zombie.

The remaining three make it to a crossroads where they have four paths to choose from. They decide to split up into groups of two and look for the missile silo. While searching, Sarah and Salazar find the exit, but it is surrounded by zombies. They attack the survivors and kill Salazar. Sarah runs and hides in a room with Trevor and Nina. Inside there are missile launch tanks, full of flammable gas, which they set up as giant flame throwers.

Sarah runs and attracts the zombies attention, but is pounced on from behind by one of the scientist zombies. The zombified Bud shoots shoots the scientist, but misses the head. The zombie scientist gets angry and marches over to the zombie Bud and tears his head off, showing that the zombies still have emotions and human instincts. Sarah shoots one of the zombies in the torso to grab their attention, then runs back to where the flamethrower is set up, running behind it before it is ignited, filling all the hallways with flames that incinerate all of the remaining zombies.

They run for the exit and jump in Logan’s car, which his keys are still in, and drive away. On the radio, the military announces that the city is under control and that the virus has been contained, effectively ending the zombie attack. 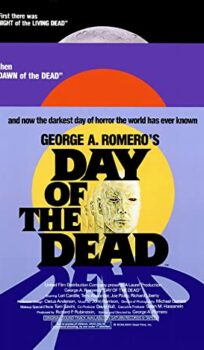