It was all a plot to bring Yegor and Svetlana together. They are both destined to be great others, but if Yegor can kill Svetlana the balance of power will shift to the Dark Others. Even if Svetlana wins, Anton will hate her for killing his son.

Anton gets a hold of the chalk of destiny and goes back to the apartment where he almost had Yegor killed in utero. He writes ‘NO’ on the wall of the apartment, fast rewind and thirteen years earlier Anton tells the witch ‘no’. Anton leaves having no memory of ever being an Other. All the Others from his future/past are there watching and determine he’s a human again, them retaining their memories of the other timeline.

Anton passes Svetlana in the rain, then turns and starts a conversation with her and they walk off together. 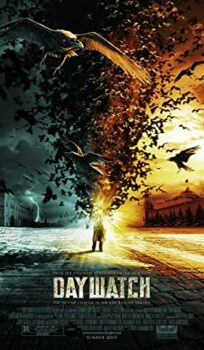