Linda (Ashley Judd) and Cole Porter (Kevin Kline) meet in Paris, fall in love and marry even though Cole has homosexual tendencies.  Linda turns a blind eye to Cole’s other relationships and helps him achieve success in the music business.  Cole writes the musical score for several successful Broadway plays and he and Linda eventually move to Hollywood to write for the movies.  However, Cole doesn’t conceal his homosexual behavior and soon, Linda and he are both blackmailed to keep his secret out of the public eye.  Cole pays off the blackmailer and makes no apologies to Linda for his behavior.  Disappointed and hurt that Cole and she were not able to conceive children or enjoy a normal marriage, Linda leaves Cole and moves to Arizona.

Several years later, with Linda and Cole still living separate lives, Cole is thrown from a horse while out riding alone and breaks both of his legs.  Linda returns to care for him while he endures painful surgeries to repair his legs.  Cole continues to compose music for the theater and silver screen but soon learns that while he is recuperating, Linda is gravely ill with lung cancer (she was a life-long smoker).  Linda eventually succumbs to the illness with Cole by her side.  After her death, Cole decides that he can no longer endure the painful surgeries on his legs and later as he is visiting her grave site, we see that he has had one of his legs amputated.

The movie ends, not with Cole’s death, but with him reminiscing about his life with Linda, who was essentially his muse.  We see the two of them at his piano, as young and beautiful newlyweds, singing to each other as the lights fade. 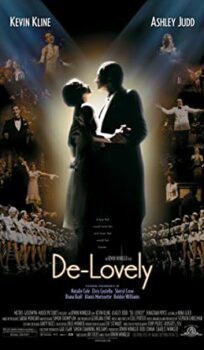