Det. Jerry Beck (Don Johnson) and FBI agent Arthur Kressler (William Forsythe) track down Bobby Burns (Frank Military) and his gang of white supremacists to a fortified compound. In an underground tunnel system, Beck and Kressler along with local police kill Bobby’s gang. Beck and Bobby get into a shootout and Beck mortally wounds Bobby. Beck wanted justice against Bobby since it was concluded he killed a cop and convenience store clerk back in Los Angeles, but Bobby denies doing it before dying.

It turns out Bobby’s brother John (Tate Donovan) was the killer. John confesses he did it out of a sick need to prove to his brother that he was man enough for their supremacist cause. John is going to kill Beck and Kressler but Beck distracts John and kills him too, closing the case. 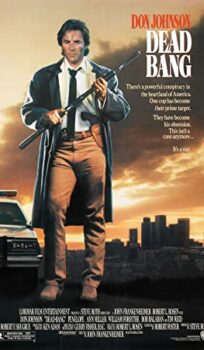