After Paul (Matthew Laborteaux) puts BB’s chip into Samantha’s (Kristy Swanson) brain and she comes back to life, BB’s personality takes over her mind and she kills her father (Richard Marcus) and Mrs. Parker (Anne Ramsey), since BB (and her) had negative memories of them both.

When Tom (Michael Sharrett) finally sees her, he is greatly disturbed, and tells Paul he’s going to the police about what he has done with her. Samantha then tries to kill him, but Paul stops her. She runs off, and Paul gives chase. During the pursuit, he runs into Carl (Andrew Roperto) and gets beaten up, but Samantha shows up and kills Carl (BB had negative memories of him, too). The chase resumes, with the cops soon on their tail, and Paul follows Samantha all the way back to his garage. While talking to her there, her vision keeps switching between BB’s vision and human vision.

The cops arrive and surround her, and here, she momentarily becomes herself again and says Paul’s name. Then, BB takes over her mind again, and as she charges at a cop, the cop shoots her point-blank in the chest. She says Paul’s name one more time before she dies (again).

The next night, Paul sneaks into the morgue at the hospital, intending to sneak her body out and revive her again. However, her corpse suddenly grabs him by the throat, and an evil-looking BB tears out of her skin. She calls for Paul to come with her, and then the sound of his neck being snapped is heard. 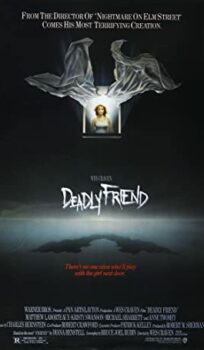