The chain of events involving the duel unleashed between Nick (Kevin Bacon) and nefarious gang leader Billy Darley (Garrett Hedlund) lead up to the gang breaking into Nick’s house, and shooting him and his wife Helen (Kelly Preston) and surviving son Lucas (Jordan Garrett).  They are all left for dead.

However, Nick survives and discovers that, indeed, Helen didn’t make it and Lucas is in a coma, his life barely hanging.  It’s here when he decides to ultimately take matters into his own hands and fight the gang to death.  Barely recovered from his wounds, he buys a pack of guns, go to their hideout and gruesomely offs each and every one of them.

Eventually, he comes upon Billy, and they have a fierceful confrontation, in which Nick gets in even worse condition, although he manages to wound Billy.  Then, in an outrageous final stand, they sit down on a bench, next to each other and draw guns.  Nick asks: “Are you ready?”.  The next scene shows Nick limping outside; obviously, he killed Billy.

He makes it to his house, barely alive, bleeding from his neck, and sits down and puts an old family home video, which he watches, whilst Detective Wallis (Aisha Tyler) rushes into the house and tells him that Lucas started recovering.  Nick stares vacantly at the TV; the image goes blurry and slow, and the movie ends.  We are left to assume whether he survived or not, although it looked more like he didn’t. 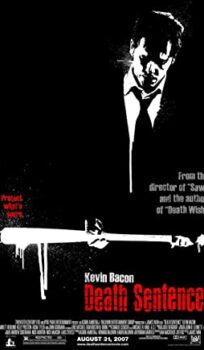