Vic and Melinda Van Allen (Ben Affleck and Ana de Armas) are a married couple who have an arrangement where Melinda can be with any other man she wants so they can avoid divorcing, but only if Melinda doesn’t leave Vic and their daughter Trixie. However, Vic becomes dangerously jealous.

Vic kills one of Melinda’s lovers, Charlie, by drowning him in a pool during a party, and Vic manages to avoid incarceration. He later lures her old boyfriend Tony to the woods after she starts seeing him again, and he causes Tony to fall down a hill and hit his head on a rock. While trying to hide Tony’s body, he is found by a neighbor named Don who had already been suspicious of Vic. Don ends up accidentally driving his car off a cliff to his death. 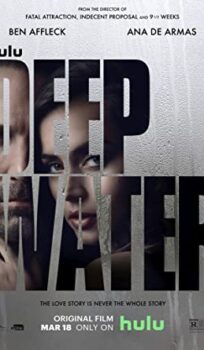