In his soap opera, Jack (John Candy) is fatally shot by Jack Gates (Robert Wagner) after he saves Janet (Mariel Hemingway) from being killed by Dr. Kirkwood (David Rasche) on the operating table. He then comes to in the real world, with Laura (Emma Samms) and Dennis (also David Rasche) by his side, and he knows now that everything was just a dream.

Jack fires Laura, not only because she’s too expensive to keep on the show, but also because he knows now that she doesn’t like him romantically. He then gets his work associates Lou (Jerry Orbach) and Arlene (Renee Taylor) to agree to do the Janet character his way and not Fetterman’s (Milt Oberman) way, and then he goes and punches out Fetterman for meddling with his work. He later finds Louise (also Mariel Hemingway), has her re-audition for the Janet role, and she gets it. They also become a couple.

In the closing narrative, Jack mentions that the show is doing great now, and Laura is now turning letters on a game show in Cleveland. 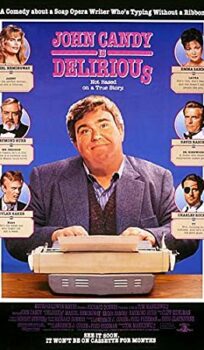