Detective Nick “Big Nick” O’Brien (Gerard Butler) attempts to bring down a team of thieves led by Ray Merrimen (Pablo Schreiber) before they plan to rob the Federal Reserve Bank of Los Angeles. With the help of Merrimen’s driver Donnie (O’Shea Jackson, Jr), Nick gets more info on the heist.

Merrimen plans to steal $30 million in unmarked bills that would otherwise get shredded. On the day of the heist, he and his gang nearly succeed, but Nick and his guys kill Merrimen and his gang.

Donnie was always the mastermind of the heist, and he gets away with all the money and retreats to London, where he appears to be planning his next score with a diamond shop. 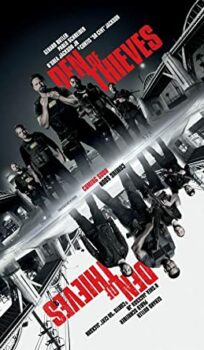