Michael (Eric Roberts) has traveled with his girlfriend Irina (Diane Lane) to meet her Romanian father Florian (George C. Scott). Michael wants to marry Irina with her father’s blessing. Michael learns that Florian is a suspected war criminal, who helped the Nazi’s kill Jews during the war. Michael is initially swayed of Florian’s innocence, but after a survivor of the massacre is killed under suspicious circumstances on his way to speak to Michael and Irina, Michael can no longer deny the truth.

Faced with mounting suspicion, Florian admits to his daughter that the rumors are in fact true, but is able to sway her not to do anything about it. Michael realizes the only way she will understand is if she sees files locked away in the office of a local bishop, a friend of her father’s. Michael grabs the files but is pursued by men loyal to Florian, who tried to run him down in a car. Irina comes outside hearing the commotion. Michael is running towards her while one of Florian’s men aims a shotgun at his back. The man fires, but the shot goes wide, missing Michael, and killing Irina instead.

The shooter is arrested by arriving police, and Michael solemnly carries Irina away. Florian is left in complete and utter shock as his sins, that he had denied and buried for so long finally punished him in a completely unexpected way; with the death of his only child. 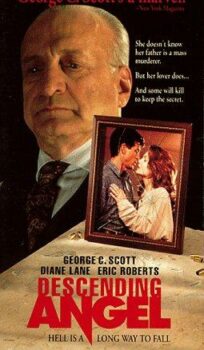