Shrevie (Daniel Stern) and his wife Beth (Ellen Barkin) have only been married a little while, but they’re unhappy because they don’t have much in common. Boogie (Mickey Rourke) tries to seduce her, but finally decides not to betray his friend.

Eddie (Steve Guttenberg) sees how unhappy Shrevie and Beth are, and is afraid to get married, because he fears he and his fiancee will have nothing in common. He gives her a football trivia quiz, determined not to marry her unless she passes it. She comes up a bit short, but he decides to marry her anyway.

Boogie finally quits pretending to be a law student (a lie he told to impress women) and becomes a hairdresser. 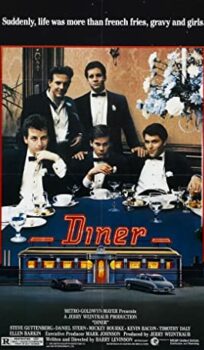