Over the course of the summer, Johnny (Patrick Swayze) and Frances (Jennifer Grey) become romantically involved, but she keeps this a secret from her family, especially her father Jake (Jerry Orbach), with whom she winds up on bad terms after she got $250 out of him to pay for Penny’s (Cynthia Rhodes) abortion (Robbie [Max Cantor] impregnated her, but he refused to take any responsibility for the child, hence why she wanted the abortion) but did not disclose the reason why she needed the money until he had to treat Penny himself after the abortion went wrong. Also, he had made the assumption that Johnny was the one who got Penny pregnant when he covered for her by saying that he was responsible for her

One day, Vivian (Miranda Garrison) – the adulterous wife of Moe Pressman (Garry Goodrow) – sexually propositions Johnny while he is helping to get the end-of-season talent show organized, but he turns her down. She later sleeps with Robbie in his cabin, and Frances’ sister Lisa (Jane Brucker) catches them in the act when she comes by looking to lose her virginity to him. Johnny spends an intimate night with Frances in his cabin, but when she leaves in the morning and he kisses her goodbye, they are spotted by Vivian as she exits Robbie’s cabin. She decides to get revenge on Johnny for rejecting her by claiming to the hotel’s owner, Max (Jack Weston), that he stole her husband’s wallet, which had been taken from him last night.

Max and his nephew Neil (Lonny Price) talk about this while having breakfast with Frances and her family, and he says that, when he questioned Johnny about the theft, he answered that he was in his room reading at the time it occurred. Frances speaks up and says that she knows that Johnny didn’t steal anything, but she is hesitant to reveal how she knows this. Just as Max and Neil are about to head out to fire Johnny, Frances finally cracks and admits that she knows he is innocent because she was in his room with him at the time.

Frances later meets with Jake alone and apologizes for lying to him, but then calls him out on his class prejudice towards Johnny and his desire to see her embrace the upper crust lifestyle and marry someone that belongs to it. She tells him that she is not proud of herself, but she is in this family as well and he can’t keep giving her the silent treatment, and she acknowledges that there are a lot of things about her that aren’t what he thought, but if he loves her, he has to love all the things about her. She tells him she loves him, and she is sorry she let him down, but he let her down as well. Johnny later finds Frances and tells her that the Schumachers, a kind elderly couple, were exposed as the real thieves and are now in custody, but he still got fired for having sexual relations with her, and he will get his summer bonus if he leaves quietly.

Frances voices how unhappy she is that all her efforts wound up being for nothing, but Johnny tries to assure her that it isn’t like that because no one has ever done anything like that for him before. She then tells him that she is beginning to believe what he once said before in that you can’t win, no matter what people in his social class do. Johnny later tries to tell Jake that his daughter is something special, but Jake isn’t interested in listening to anything he has to say, since he still thinks he got Penny pregnant, sent her to that second-rate abortionist, and then moved on to Frances without another thought. Johnny later kisses Frances goodbye and drives away.

At the talent show that night, Jake talks to Robbie and hands him a letter of recommendation to medical school, and Robbie – having assumed that Frances already told him about his involvement with Penny’s pregnancy – thanks him for his help regarding Penny, essentially admitting that he was the one who knocked her up. After hearing this and then listening to Robbie insult Penny, Jake snatches the letter back from him. Shortly afterward, Johnny makes a surprise return, then walks up straight to the table where Frances is sitting with her family and tells her that no one puts her in a corner. He then has her take his hand and come up on stage with him, and though Jake tries to stop them, his wife Marjorie (Kelly Bishop) keeps him in his seat. Johnny interrupts the chorus line as they are performing and says to all that he always does the last dance of the season, and he will do his own kind of dancing with Frances, whom he considers not only a terrific dancer but also someone who has taught him that there are people willing to stand up for others no matter what it costs them, and who has taught him about the kind of person he wants to be. They then proceed to do their (legendary) dance routine for all, which the other dancers at the club join in on, and they cap it off by successfully performing the climactic lift that Frances had trouble doing all summer.

As the other dancers get everyone up out of their seats and dancing with each other, Jake walks up to Johnny and Frances, and he first tells Johnny that he knows now that he wasn’t the one who got Penny into all of that trouble and says he was wrong to judge him, then tells Frances that she looked wonderful out there before hugging her. Johnny and Frances get back out on the dance floor and dance some more before kissing. 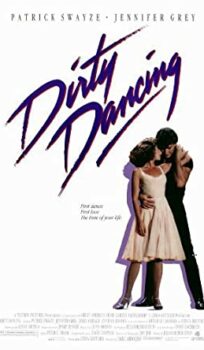