After Scorpio has murdered numerous children, “Dirty” Harry Callahan (Clint Eastwood) gets a confession out of him by torturing him at the place where he works and lives (A stadium across the street from a hospital). However the DA drop the case because of the method of the confession and Harry’s lack of a warrant which severely angers Callahan.

Scorpio after using the press and the law to his advantage throughout the film, hijacks a school bus with several children on board at gunpoint and telephones the Mayor of San Francisco asking for a plane and $200,000. Callahan (after nearly being killed the last time), refuses to be the bag man.

Scorpio runs into a factory and the two have a shootout through it. Scorpio eventually comes out and runs down by a lake and grabs a boy fishing there as his hostage.

Harry Callahan shoots Scorpio through the shoulder, does his “do ya feel lucky?” line and proceeds to blow Scorpio away as he reaches for his gun 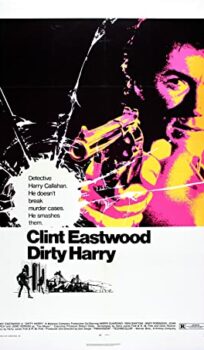