Long version:
Kale (Shia LaBeouf) is under house arrest for the summer after punching out his Spanish teacher; he has to wear an ankle monitoring bracelet and has a 100 yard radius.  He spies on his neighbors with the help of his friend, Ronnie (Aaron Yoo), and new neighbor, Ashley (Sarah Roemer), and uncovers that there are a lot of similarities between his neighbor, Mr. Turner (David Morse), and an unknown suspect involved in a string of local disappearances of women.

Kale sends Ronnie to investigate Turner’s house with a video camera but he gets trapped inside. When Kale runs out to help him the police are summoned thus making him look mentally instable after the police see there is nothing suspicious to Turner’s story.  Kale’s mother, Julie (Carrie-Anne Moss) goes over to plead to Turner to not press charges on Kale.  However, when Ronnie returns (he had escaped the house and hidden in Kale’s closet) they view the video footage which shows a woman’s corpse behind a grating in the floor.

Mr. Turner is indeed the serial murder; his house had been expanded on wherein he stores their rotting corpses. Turner attacks Julie and ties her up in his basement, he then goes to Kale’s house and knocks out Ronnie.  Kale sees him and tries to run out of the house past the perimeter to summon the police but Turner punches him out before he reaches it.  Ashley comes over and rescues Kale and they both jump off the roof into her pool which summons the police.  Kale searches Turner’s house and finds a dissection room, a lot of corpses, his mom, and then Turner.  A fight entails where Julie stabs Turner in the leg and Kale impales him with garden shears. Julie and Kale leave the house where more cops have arrived after there was no response from the first unit sent: Turner killed the cop.  As an award, Kale is released from house arrest and they all apparently live happily ever after. 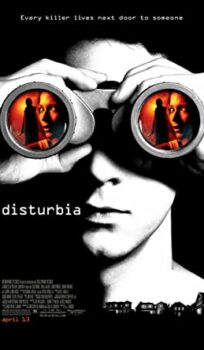