SHORT VERSION:
Ash ends up fighting Balacau in a one-on-one battle, and he kills it by shooting a grenade into its mouth, which blows its whole body to smithereens. Claire’s CIA backup then arrives to get both her and him back to civilization.

LONG VERSION:
After buying Ash (Mark Dacascos), Claire (Robin McKee), and Matzu (Thomas Taus, Jr.) the time needed to get away from Reinhardt (Mark McCracken) and his men and escape the laboratory grounds in a truck, a fatally wounded Loren (Roger Aaron Brown) presses a button on a remote that prematurely triggers all of the detonators in the time bombs Reinhardt’s crew laid down around the lab to destroy it (so that way nobody can trace Wessinger’s [Jurgen Prochnow] work on Balacau, as he wants to sell the creature as a weapon of war), so the explosion kills Reinhardt and his men, along with Wessinger. The force of the blast causes Ash to roll the truck over once they are outside the perimeter fence, and he, Claire, and Matzu flee on foot when they see another helicopter full of mercenaries that were sent for. Balacau – not the least bit harmed by the explosion – follows them into the jungle.

The trio make it to their motorboat, but find themselves getting shot at by the helicopter as they speed off. After a lengthy chase on the water and on land (during which they avoid getting attacked by Balacau), Ash eventually shoots the pilot and makes the chopper crash and burn. They start trekking back to Matzu’s village, since Matzu has to warn his people about Balacau, but soon he spots the beast readying itself for a sneak attack on Ash and Claire. He gets its attention and consequently gets slashed and killed by it, and then the beast escapes.

Ash and Claire get to the village with Matzu’s body, and there, the chief tells Ash that he must stop Balacau, and he then takes the rare beetle Matzu had earlier collected – the same one whose DNA assisted in Balacau’s creation – and grinds it up into a poison that will slow the beast down and smears it onto the blade of a hatchet. Ash then puts on war paint, takes the hatchet and Claire’s grenade launcher, and heads into the nearby hills to wait for the monster to show itself.

Balacau eventually arrives, and a battle/chase between them is waged until Ash gets cornered above the waterfall next to the village, with only the hatchet in hand since he lost the launcher. Ash throws the hatchet right into Balacau’s face, but it quickly pulls the weapon out. Right as Ash is standing on the edge, Claire tosses him the grenade launcher, and he jumps down the waterfall while simultaneously firing a grenade at Balacau, which goes into its mouth and blows its whole body to bits.

Ash lands in the water safely and is cheered by the tribe, and he receives a bow of respect from the chief. Claire’s CIA backup then turn up in their helicopters to get her and Ash back to civilization. 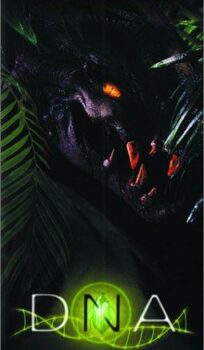