The number–which Elisabeth (Brittany Murphy) has been unconsciously tracing in the air throughout the film–is the registry number carved into her father’s coffin on Hart Island. She snuck her doll (containing the diamond) into the coffin before he was buried. All of the bad guys are killed, and Elisabeth and Jessie (Skye McCole Bartusiak) are rescued.

OK, so this is moviepooper.com, not movienitpicker.com, but this film has a plot hole so big you could drive a truck through it! It’s NEVER explained how on earth the bad guys know that what they’re looking for is a six-digit number. And if they DID know that it was a six-digit number, any criminal with enough smarts to set up the elaborate surveillance system we saw would surely be intelligent enough to go to the Courthouse, look up the registry number of their victim’s coffin, and dig it up BEFORE starting on an elaborate scheme of murder and kidnapping, right? 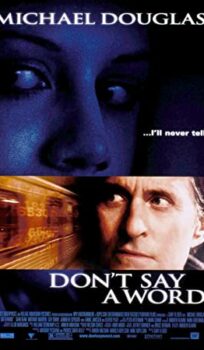