Of the original team only Eden Sinclair (Rhona Mitra) and one of the doctors survive. It turns out there is no cure to the Reaper virus, the survivors of the quarantine zone are alive due to becoming naturally immune to the virus. They also save Cally (Myanna Burning) whose blood can be used to make a vaccine.

The doctor and Cally are handed over to Canaris (David O’Hara) and he reveals to Eden that he will allow the suffering of London to continue for awhile only to swoop in and become a hero.

Eden goes to her home and finds a picture of her mother and makes peace with her past. Her boss Bill Nelson (Bob Hoskins) finds her there and she gives him a disk she recorded of Canaris insuring he will be ruined. Eden elects to stay in Glasgow because she has nothing to return to anyway and both sides of the quarantine fence are equally bad as it is.

Nelson delivers the tape to the news channels and shows the world the treachery of Canaris. Eden goes to find the gang of Sol (Craig Conway), Cally’s brother. When she finds them, she throws his head at them in a intimidating manner. Instead they begin to cheer, signifying they consider her their leader. Eden subtly smiles.

Though no scenes are shown, we can assume that a vaccine will be made and the outbreaks will stop. 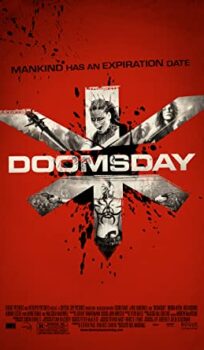