Freddy Tiffany (Eddie Griffin) is really an FBI agent. Macready (Gary Grubbs) is really working for the drug dealers (in fact, he killed the governor in the beginning) as is Daryl’s (Orlando Jones’) boss and their rich, Mexican client. The two agents that Macready warns Daryl about are working for the FBI with Tiffany. However, one of them switches sides near the end of the movie, killing the other. The dog that Tiffany carries with him was the governor’s dog and witnessed the shooting. The Mexican woman who hits on Daryl at the model show is, in actuality, working for the FBI and is Tiffany’s partner and wife. Daryl’s secretary, Shari (Vivica A. Fox), is not really dead, but is the head of the FBI team in charge of the investigation. 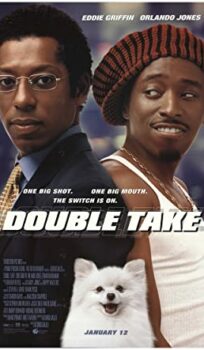