Dr. Rendell, a.k.a. Dr. Giggles (Larry Drake), captures Jennifer (Holly Marie Combs) and takes her to his father’s operating room in his house, intending to replace her heart with one of her dead friends’. Officer Reitz (Keith Diamond) arrives and saves Jennifer, and Max (Glenn Quinn) – who secretly followed Reitz – shows up soon after to help get Jennifer out. However, Dr. Rendell stops them, and he ends up battling Reitz in a fight to the death. He kills Reitz in the operating room, but the place is set on fire during the fight, and the fire begins to grow closer and closer to some gas canisters. Dr. Rendell then tries to stop Jennifer and Max from leaving the house, but fails, and as they get out, the fire hits the gas canisters and blows the house up, presumably killing Dr. Rendell.

Since the ordeal put too much strain on the bad valve in her heart, Jennifer is immediately taken to the hospital to get her surgery to replace it. As she is going under the gas, a horribly scarred Dr. Rendell appears and kills the surgeons. She escapes him and locks herself in a janitor’s closet. When he gets in, she spills some liquids around his feet and then puts defibrillator pads on the puddle, electrocuting him. He soon revives himself, and she stabs him with two of his own surgical instruments, finishing him off.

Jennifer gets her surgery, and her father (Cliff DeYoung) and Max greet her when she awakens. When she and Max kiss, it shows her heart rate increasing on the monitor. 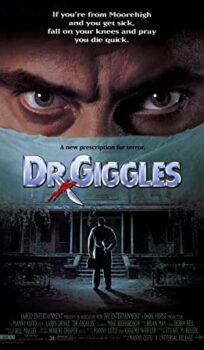