SHORT VERSION:
The ship blows up, nobody survives.

LONG VERSION:
A vessel ship is found by a salvage crew in deep space. They find a room full of coffins that appear to be full of sand (they only open a few). It turns out that one of them contains “Count Orlock” (aka dracula) who is from the Translvania planet in the carpathian galaxy.

One by one the crew members get turned into a vampire only to be killed by the others. Dracula puts in an appearance here and there (and eventually loses his arm when it’s cut off as crew members close it up in a door) but the movie focuses more on the crew trying to figure out a way to escape.

They decide to head toward the twin suns.

At the very beginning and then throughout the movie it shows clips of a tape by the former commander/captain of the ship who was found as a skeleton holding a crucifix.

Eventually there are only two crew members left; Humvee (Tiny Lister) and Aurora (Erika Eleniak), who earlier told the crew she was a robot. She tells Humvee that before her upgrade she was a ‘pleasure bot’ so he throws her over his shoulder and carries her off to have sex (not shown).

The tape comes on again and the former captain says he knows what he has to do to make sure the ship never reaches earth.
The next scene shows the ship exploding. 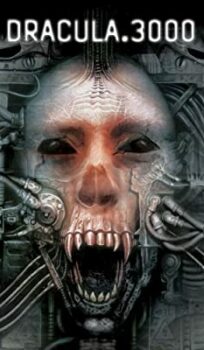